Hoping to reach an agreement on FY22 topline funding (i.e. overall spending levels for defense and domestic programs) and on disagreements over policy riders, lead Congressional appropriators from the House and Senate met this week.  Unfortunately, Sen. Leahy (D-VT), Sen. Shelby (R-AL), Rep. DeLauro (D-CT), and Rep. Granger (R-TX) did not reach an agreement on either topline spending or how to handle these contentious riders.

With no agreement, House leadership began preparing a new Continuing Resolution (CR) to keep the government open past the February 18th expiration of the current CR. The exact length of the new CR is under discussion with some in the leadership pushing for a 7-10 day extension and with others seeking to have a new CR extend through March 11th. The House is expected to vote on a new CR next week before leaving for a two-week recess.

As noted in last week’s update, For SCSEP, a CR means that we continue to receive our PY2021 funding of $405 million.  If a FY22 funding agreement cannot be reach and Congress instead institutes a year-long CR through September 30, 2022, then we lose the opportunity for the SCSEP budget to grow from its current $405 million to a new funding level.  Both the House and Senate appropriators recommended funding increases for SCSEP for FY22: the House recommended $450 million and the Senate $410 million. 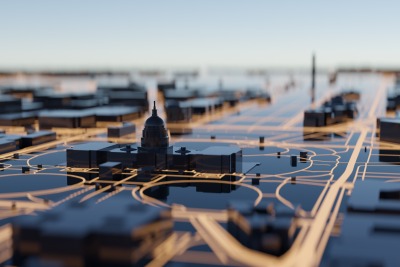 We expect the Biden Administration to release its FY23 budget proposal soon after the President delivers his March 1st State of the Union address. However, it is possible that the delays in the FY22 appropriations process will impact the FY23 budget timeline. We understand that the Biden Administration prefers to release their budget after the FY22 appropriations bills are passed in order to have a baseline to compare their FY23 proposal.

The Build Back Better legislation continues to be on the back burner, as reported last week. Earlier this week, Sen. Manchin referred to the bill as “dead.” However, the absence of the legislation from the Congressional agenda may help both parties reach a FY22 funding agreement.   With Sen. Ben Ray Lujan (D-NM) out for another four-to-six weeks on medical leave, Democrats do not have the votes to pass a budget reconciliation bill on party lines during his absence. A budget reconciliation bill serves to expedite the passage of select budgetary legislation in the Senate.

While Sen. Manchin feels the current bill is dead, he has suggested a fresh start as he would like for a Build Back Better bill to include drug pricing provisions and an equitable tax code.  Meanwhile Majority Leader Schumer said Democrats are “fighting hard” for the bill.  Sen. Schumer shared that conversations with Sen. Manchin, and other Senators, are still underway.

Earlier this week, the White House released a “Guidebook to the Bipartisan Infrastructure Law for State, Local, Tribal, and Territorial Governments, and Other Partners”. The 450+ page guidebook details funding available for the transportation, climate, and broadband available under the law.  See here for more information:  https://www.whitehouse.gov/bipartisan-infrastructure-law/. 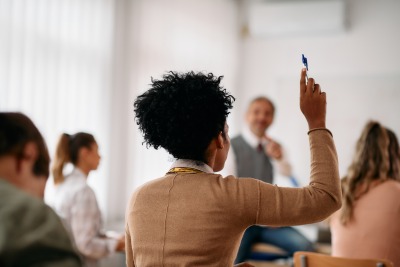 This week, the House passed H.R. 4521, the America COMPETES Act of 2022, almost entirely on party lines with only one House Republication supporting the bill. The America COMPETES Act, which is sometimes referred to as the China competition bill, aims to boost U.S. research and manufacturing. The Senate version of the bill had greater bipartisan support.

The final H.R. 4521 bill contains several workforce provisions of interest such as:

Majority Leader Hoyer hopes the differences in the respective House and Senate America COMPETES Acts will be resolved within 30 days, which is around President Biden’s March 1 State of the Union address.

However, the process could take longer as Senate Republicans have tremendous leverage in these negotiations— at least ten Republican Senators are needed to join the Senate Democrats to reach the 60-vote supermajority necessary for approval on the Senate floor, and the Senate Republicans are not supportive of the add on provisions from the House, which may include some of the workforce provisions.