This afternoon, the House, by a vote of 230-201, passed a Continuing Resolution (CR), which funds the government at current FY22 levels until December 16. President Biden will sign the short-term stopgap bill into law before midnight, averting a government shutdown that would have occurred when FY23 begins on October 1.

The Senate passed the CR yesterday by a vote of 72-25 after Sen. Joe Manchin (D-WV) on Tuesday agreed to remove his energy-permitting provisions, which were opposed by most Republicans as well as some Democrats.

The relatively “clean” CR also includes more than $12 billion in funding for Ukraine, as well as disaster relief, a five-year reauthorization of FDA user fee programs, and more. Due to Republican objections, funding for COVID-19 and monkeypox was not included despite the White House’s request for $22.4 billion for COVID-19 aid and $4.5 billion for monkeypox aid.

Some conservative Republicans had called for a CR into January, with the expectation that Republicans will gain a majority in the House and possibly the Senate and then pass FY23 appropriations bills reflective of Republican priorities.

With November 8 just 39 days away Congressional focus now shifts to the midterm campaigns. The House is in recess through the election. While the Senate was originally scheduled to be back for two weeks in October and the two days after Election Day, Senate Majority Leader Chuck Schumer (D-NY) announced yesterday that the Senate will not hold floor votes until 5:30 pm on November 14. A small number of Senators is expected to return on October 11 to start debate on the National Defense Authorization Act, which has been enacted each year for about six decades. Sen. Schumer said Members should be prepared for an extremely busy agenda in the last two months of this Congress.

The next round of FY23 appropriations negotiations, ahead of the December 16 funding deadline, will play out in the shadow of the midterm elections. Retiring Senate Appropriations Chair Patrick Leahy (D-VT) and Vice Chair Shelby (R-AL) hope to pass one last omnibus appropriations package, ensuring their earmarks become law and leaving defense and nondefense spending on a proper footing, given the increased likelihood of CRs under divided government.

However, if Republicans see substantial midterm gains, more Republicans may push for another CR into the new year and thus finding the 10 Republican votes in the Senate lame-duck session needed to pass an FY23 omnibus appropriations package could prove difficult. 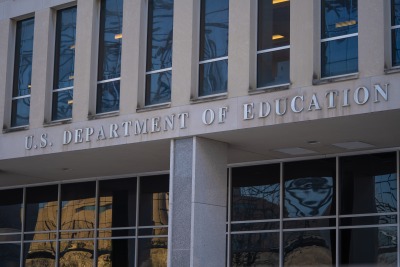 Senate HELP leadership next Congress will likely be a combination of either Sen. Rand Paul (R-KY) or Sen. Bill Cassidy, M.D. (R-LA), and Sen. Sanders (D-VT) or Sen. Casey (D-PA).