The full committee will vote to adopt its subcommittee funding allocations at the Wednesday, June 22 markup, and again at the June 30 session for revised allocations after cap adjustments for disaster relief and other programs are incorporated. House floor votes are expected next month.

The Senate has not yet scheduled markups, and Senate Appropriations Vice Chair Shelby (R-AL) has said that passing appropriations bills before the October 1 start of FY23 are not going to happen. As topline funding agreement negotiations are at a standstill, the likelihood increases that the Senate will release their Subcommittee bills and reports later this year without markups, as they did in FY22 for nine bills including the LHHSED Subcommittee bill. Senate Appropriations Chair Patrick Leahy (D-VT) said the Subcommittees would draft bills based on a topline he determines.

Senate Republicans continue to call for an increase in defense spending that will significantly surpass the rate of inflation this fiscal year, currently at 8.6% and are also calling for flat funding for non-defense discretionary spending, which is a nonstarter for Democrats. This has prompted Senate Appropriations Chair Patrick Leahy (D-VT) to charge Republicans with choosing continuing resolutions over passing spending bills. President Biden’s FY23 budget calls for a roughly 9% increase above the current year, a roughly 14% increase for non-defense spending, and a roughly 4% increase for defense spending.

Sen. Leahy also said Republicans are pushing to get rid of earmarks, though Sen. Shelby said the issue was not affecting the negotiations. 16 Senate Republicans have submitted earmark requests this Congress, though a number of those Members are retiring.

The Senate Armed Services Committee approved, by a bipartisan 23-3 vote on Thursday, its FY23 National Defense Authorization Act, sending the bill to the full Senate. Of note, the bill included a roughly 10% increase in defense funding, well above the 4% increase requested in President Biden’s budget. While the House Armed Services Committee has not marked up its bill yet, and the House Defense Subcommittee advanced their bill this week which mirrors the President’s budget request, the Senate markup shows, like in FY22, that there is bipartisan support in Congress for increased defense spending. 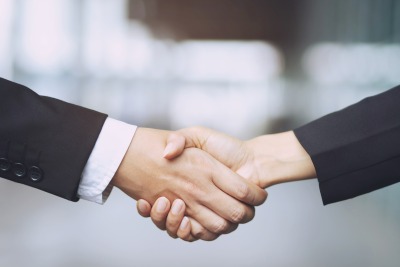 Senate Majority Leader Chuck Schumer (D-NY) and House Speaker Nancy Pelosi (D-CA) met for two-hours last Tuesday and decided to instruct key conference committee negotiators to focus on areas of agreement and set aside more contentious provisions in order to expedite the conference committee’s work. This development is in line with expectations that the bulk of policy provisions added in by the House would be jettisoned in the House-Senate conference committee to ensure bipartisan support. Labor and climate provisions are looking less likely to make it into a final agreement, and trade language is expected to be cut or paired back. Democratic leadership hopes to reach an agreement by the July 4 break and to pass the bill, a top priority of Majority Leader Schumer, before the August recess.

Senate Majority Leader Schumer and Sen. Joe Manchin (D-VA) met twice last week on a potential Democratic reconciliation bill. The package being discussed would be narrower than previously discussed iterations and would entail deficit reduction, tax increases, lowering prescription drug pricing, and energy and climate provisions. The energy and climate provisions could cost hundreds of billions of dollars while the tax and drug provisions would bring in revenue. Sen. Schumer and his staff are in talks with the Senate parliamentarian and hope to bring a package to the floor as soon as July or August.

In a Fact Sheet, the White House outlines its call to action for employers, training providers, and state and local governments, to make commitments to help ensure there are trained workers ready to meet the demands of implementing the Bipartisan Infrastructure Law. For instance, employers are encouraged to partner with and hire skilled workers from at least one training provider in each region in which the employer has operations, such as a registered apprenticeship program or a community college with a diverse student population.