This week the House Appropriations Subcommittees advanced the rest of their FY 23 funding bills, including the Labor-HHS bill, which was advanced by voice vote.

The House allocations for the 12 subcommittees provide more than $1.6 trillion in funding, a nine percent increase over the FY22 enacted level. The LHHSED bill provides $242.1 billion, an increase of $28.5 billion (13 percent) above FY22 enacted. Like FY22, the House funding levels will be the high water mark in negotiations with the Senate.

Ranking Member Granger and Subcommittee Ranking Member Tom Cole (R-OK) noted their reasons for opposing the bill included objections to the bill’s funding level, lack of longstanding abortion provisions such as the Hyde Amendment and Weldon Amendment, and inclusion of unauthorized programs. Other areas of disagreement included language relating to labor law as well as immigration.

The House Appropriations Committee has now advanced six of the 12 funding bills in Full Committee. The Labor-HHS Full Committee markup is scheduled for June 30 at 10 am Eastern and we expect the explanatory statement report to be released on June 29.

Senate Appropriations Chair Patrick Leahy (D-VT) met with his Subcommittee Chairs this week. Sen. Leahy said he will set a spending topline and provide his Subcommittee Chairs with spending allocations so that the Subcommittees can hold markups in July, after the two-week Senate recess. Sen. Leahy’s announcement comes after he charged his Republican colleagues last week with not wanting to negotiate until after the elections, pushing for Continuing Resolutions over passing spending bills, and calling for non-defense discretionary funding to be level-funded.

For SCSEP, House Democrats have proposed $450 million for SCSEP in their FY23 House Labor-HHS Appropriations, and this amount will likely be the high water mark for SCSEP funding proposals for FY23.

The CHP team met with Rep. Virginia Foxx (R-NC) on Thursday, along with her Chief of Staff and Committee Staff Director, for a productive conversation covering key issues this Congress and next. Rep. Foxx, a current Ranking Member of the House Education & Labor Committee, will likely be the Chair of the Committee next Congress if Republicans win a majority of seats in the chamber, as is expected.

Rep. Foxx stated that she intends to take up WIOA reauthorization and HEA reauthorization bills in the next Congress. On WIOA, Rep. Foxx mentioned priority areas including improved coordination, eradicating silos, eliminating duplication of efforts, reducing bureaucracy, and a focus on outcomes.

Rep. Foxx is also a conferee on the competitiveness bill. She noted that there were key differences between the parties around specific provisions around short-term Pell, but indicated that conferees have gotten closer than was previously thought in negotiations on including short-term Pell in a conference agreement. That being said, the time for negotiations is dwindling, and conferees have been instructed to focus away from contentious issues and on areas of agreement in the bill. If short-term Pell is not addressed in the conference agreement it may be incorporated into WIOA legislation next Congress, not HEA. 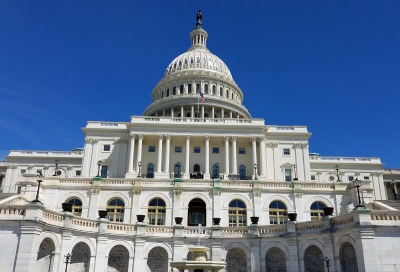 House Ways and Means and Senate Finance leaders met this week to discuss trade issues in the House and Senate competitiveness bills. Ways and Means Ranking Member Kevin Brady (R-TX) said the meeting was a starter conversation and that no decisions on the trade issues were made. House Democrats, including Ways & Means Chair Richie Neal (D-MA), have been pushing for the inclusion of Trade Adjustment Assistance.

We spoke with Sen. Alex Padilla (D-CA) this week and he said that he expects that conferees will get the bill to a form where it is less for Republicans to be against.

Commerce Secretary Gina Raimondo said the past few weeks have been weeks of tremendous progress, with some issues being dropped and other issues being resolved. Sec. Raimondo and key Congressional leaders hope to have an agreement by the August recess.

This week the Department of Labor held its Good Jobs Summit. DOL partnered with the Department of Commerce to identify what compromises a good job, creating a framework of eight principles for workers, businesses, labor unions, advocates, researchers, state and local governments, and federal agencies to have a shared vision of job quality. The eight principles are here: 1. Recruitment and Hiring, 2. Benefits, 3. Diversity, Equity, Inclusion, and Accessibility (DEIA), 4. Empowerment and Representation, 5. Job Security and Working Conditions, 6. Organizational Culture, 7. Pay, and 8. Skills and Career Advancement. A Good Jobs Toolkit will be released next month.